Why Estate Planning is Important And How to Get Started Now 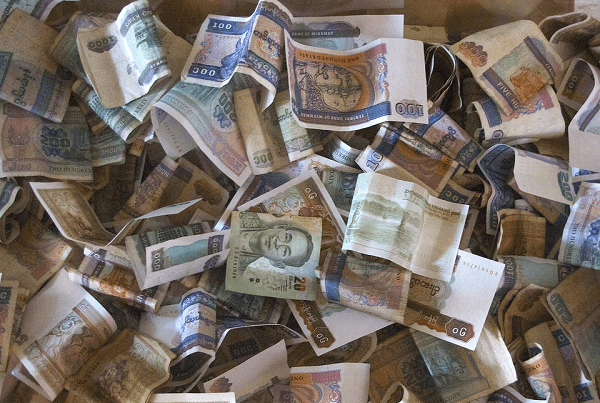 Over this past summer my family and I took a trip to Southeast Asia. It was our last summer before our daughter left for college at CU Boulder and we felt it was important for our children to be exposed to a culture and life different from their own. The adventure was eye-opening in many ways, but as a financial advisor, experiencing a country in the developing economic stages was especially interesting.

The first stop on our Southeast Asia tour was Yangon, Myanmar (formerly Burma).  Myanmar has been isolated from the world for decades, living through a brutal dictatorship, poverty and terrible natural disasters. In 2011, the government opened its economy to the world it once shunned.

When we land in Yangon International Airport, we immediately notice the massive construction project to expand its airport.  However, our arrival has us walking down the steps from the plane, across the tarmac, toward an old gold-leafed temple-like structure. Once out of the airport, the dense heat, chaos of people, language and horns hits us as we stood glaringly out of place.  Our driver pulls up and before he can get out to help with our bags, a tiny, weathered man wearing a longyi, (a sarong-like tube of fabric) grabs one of our bags and loads it into the van, expecting payment for his services. The trip has begun!  The payment request; crisp, unfolded, clean USD (United States Dollar)!

Welcome to Myanmar. The country was one of the poorest places in Asia and their preference in currency is not the Burma kyat, but the USD. Distrust of the banking system goes back to 50 years of bad government and horrendous human rights abuses.  Myanmar’s economics have evolved from transitions from a British Colony, Socialism, Dictatorship, to Democratic reforms by the military-backed government. These reforms included the release of pro-democracy leader, Nobel Peace Laureate, Aung San Suu Kyi from house arrest and the United States started lifting sanctions in 2012.

Due to this distrust, Myanmar is mostly a cash based economy.  To make deposits, business owners carry giant rice bags filled with cash into banks. Piles of cash stacked in corners, like newspapers.  When the largest common kyat note is equivalent to about $7.00, it becomes clear why individuals and businesses want crisp $20 bills. The banks might be full of people who deposit cash, but most citizens in Myanmar (50 - 60 million) do not have bank accounts.  They do not trust the banking system. Since banks redistribute resources to others to build infrastructure or buy into the system, this is a disaster for an economy that wants to grow.

This love of cash may seem cultural, but most of the problems Myanmar faces as it wobbles into capitalism would be solved with a functioning bank system. Mastercard, Visa and ATMs get delayed as Myanmar’s people learn to trust the banks. Fascinating. If you’re visiting Myanmar soon, where your dollar goes a long way, stick with your crisp USDs, until Myanmar internalizes the process of electronic money.

Life in Times of COVID-19: 7 Ways to Stay Active and Connected During Social Distancing

We are living in unprecedented times. As COVID-19, which causes the coronavirus, has escalated to the status of global pandemic, we’re increasingly fe...

What will be important to me in retirement?

Let’s be clear...this Isn’t Your Parents’ Retirement. Times have changed from when your parents were planning their golden years. You may have memorie...

Changing Financial Advisors: How to Make the Switch

Your relationship with your financial advisor is an important one. The right fiduciary advisor will help you set healthy financial goals and develop a...